Channelling Kate Bush is to be recommended. The scanxiety at the end of September was very real and I managed to convince myself that the daily aches and pains of cancer in the bones meant we weren’t winning. I need to learn how to have faith that results will be positive, but this seems to be near on impossible around the scan cycle.  My positivity masked slipped and I was sure things had deteriorated. I was wrong.  I met a new oncologist the week after I last wrote and he informed me that all tumours were responding.  I asked him to send me the MRI report, it’s 4 pages of barely legible science speak, but the final summary is just about understandable, from which I quote:

“There is an ongoing good response to treatment. There has been further reduction in size of the multifocal hepatic metastases, many of which are now barely perceptible.  The majority of the vertebral metastases are stable, and metastatic lesions involving the sacrum, pelvis and right femoral neck demonstrate healing. No new sites of disease have emerged.”

So in other words; the march of cancer cells is halted, the liver is recovering in many places and the bone tumours (lesions/metastases) are stable. This is as good as the news gets and I am grateful to my very core for clever and gifted people that dedicate their careers to working out how to kick cancer in the head.

Treatment this month was uneventful.  I went to the cancer centre, white blood cells were just about holding up so the treatment went ahead. Injection, implant and the start of cycle seven. 7?! The expression “time flies when you’re having fun” doesn’t seem to apply, but time flies nonetheless. I decided treatment day would be a good day for clashing animal prints and catching up with cancer admin. Cancmin. Yes, that’s a thing. 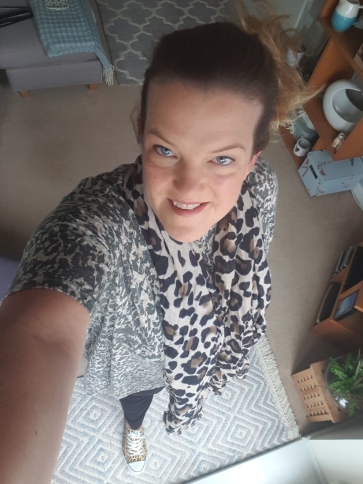 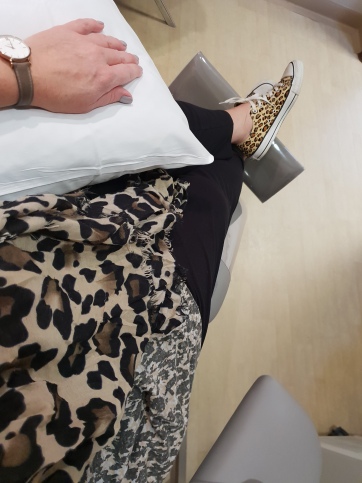 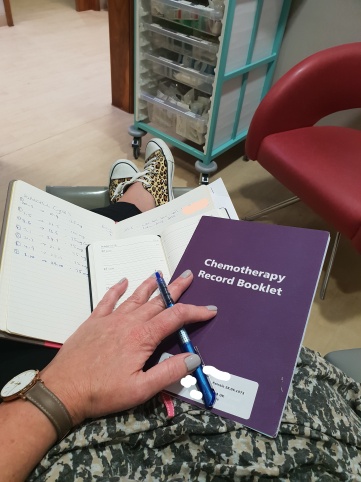 It’s hard to avoid the fact that October is Breast Cancer Awareness month in the UK. It’s a strange feeling being in treatment with all the publicity that surrounds this. I’m not entirely comfortable with it, but don’t ask me to explain why, because I can’t.  I had planned to post a lot more about living with cancer during October.  I wanted to try to recreate the feeling of the day to day drudgery to help people understand what that might feel like.  It’s one thing to read the occasional blog, take a look at a website etc but quite another to experience the ever present nagging of tumours day in, day out.  However, I very quickly bored myself and if there’s one thing I don’t want to be it’s a preachy cancer bore. The purpose of me writing this blog in the first place was to allow people to learn more should they so wish, and for me to reflect on the previous few weeks.  So we will keep to the edited high/lowlights and I will stop banging on. However, I won’t stop asking you to feel yourself or feel somebody else and keep checking. And I won’t apologise for that. 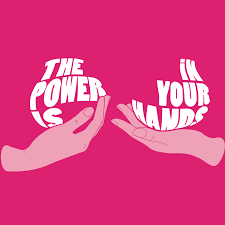 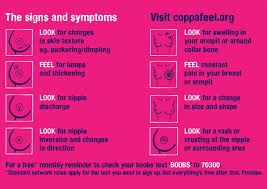 Click here for info on how to check ya boobs

The last 2 weeks I have spent in Swansea with my Dad who is undergoing radiotherapy for prostate cancer. He has now reached treatment 20 of 37.  Daily trips to a hospital which is two hours away from their home, so they are staying in The Mumbles during the week and returning at the weekends.  I did 20 sessions of radiotherapy last year and 15 this year.  It’s hard to explain the effects of radiotherapy.  It’s not as aggressive and disgusting as chemo, but it still takes a massive toll on the body.  It’s exhausting and awful and the side effects are unpleasant, to say the least.  37 days is nearly 8 weeks and is a really testing long haul experience. It’s the gift that keeps on giving and the side effects go on long after treatment finishes. We are doing our best to get him through it.  He and I visited the Maggies Centre at Singleton Hospital the other day.  This is such an awesome charity providing a non-clinical space for those being treated and those affected by cancer.  The place was fantastic, they offer such great support and the people there were simply wonderful.  The Welsh have a word “cwtch” which loosely translates to cuddle or hug.  This is the best description I have for Maggies.  A space to feel embraced and a rare chance to breath out. 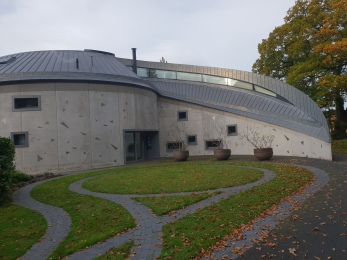 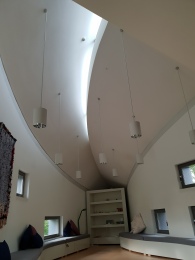 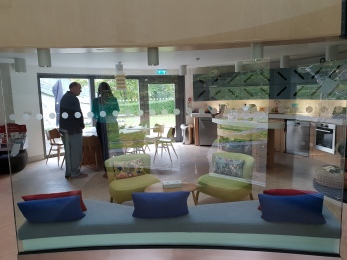 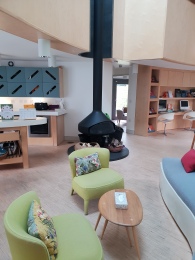 With the rough comes the smooth.  I had never been to Swansea before this month, I go past it on the M4 as fast as is legally allowable. My impression of it was not the greatest.  Like many cities it has had it’s issues and I was influenced by it’s reputation. The city itself may not be the prettiest, but I am here to tell you that the surrounding areas are fabulous. 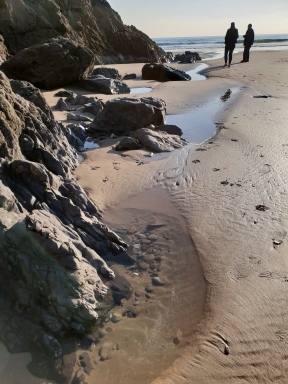 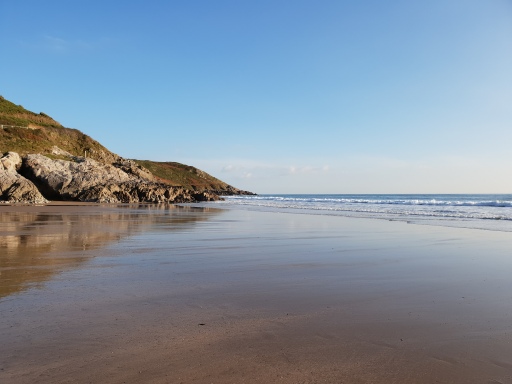 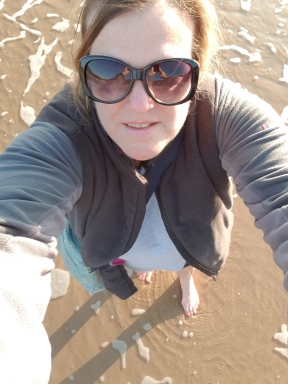 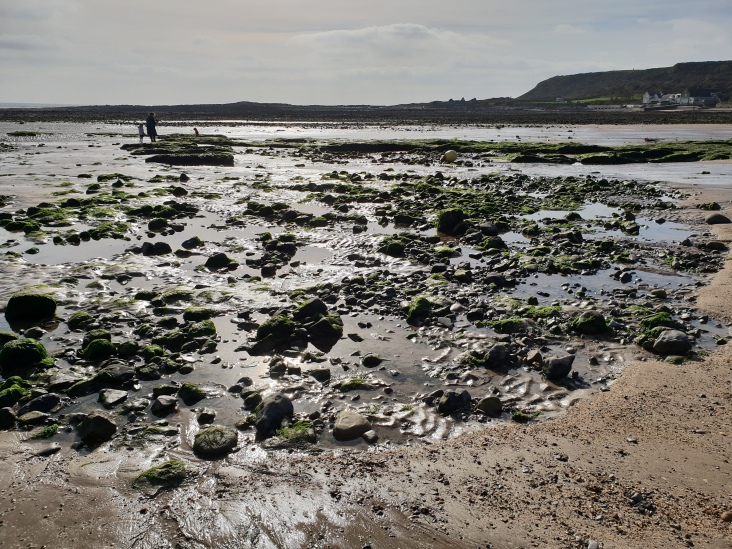 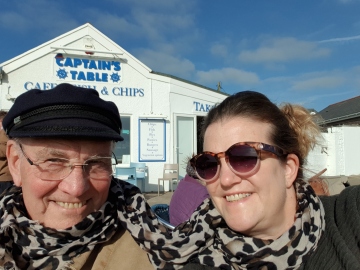 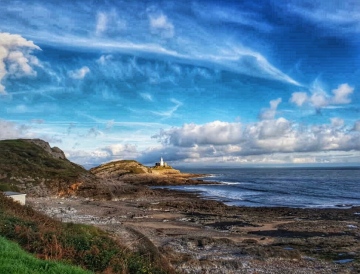 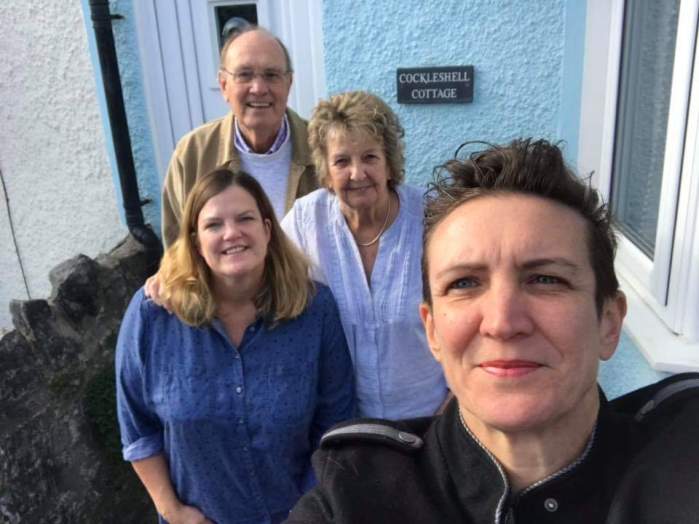 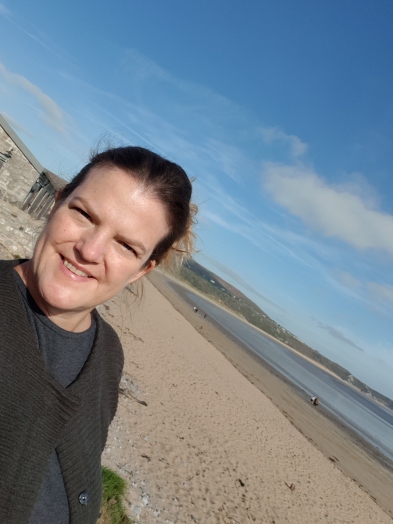 We were lucky that summer extended in to October this year and GozFam were able to visit stunning beaches, go paddling (!), shop The Mumbles, walk the sea front, explore The Gower and eat a lot of cake. And ice-cream – people… the ice cream! 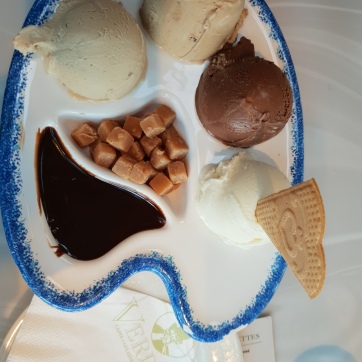 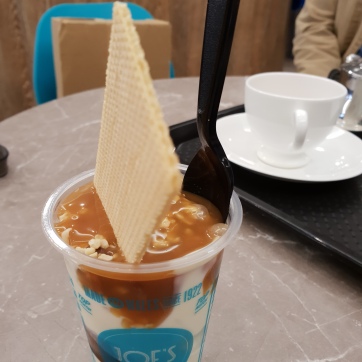 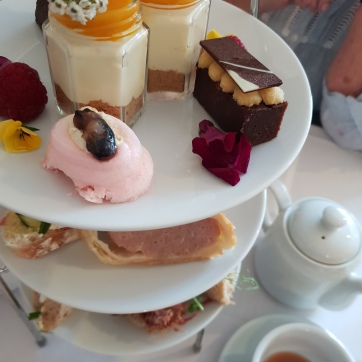 View all posts by abigailblah