Once again, it’s not meant to be a blog day. We all know what happens to the best laid plans. Nothing is going according to schedule at the moment, so I may just as well go with it. I am a structured, agenda adhering control freaking Cancerian and there is surely not much further beyond this particular comfort zone. It feels like, in amongst all the waiting these last few weeks, quite a lot has happened. Rather than try to respond to everybody individually I’m going to write just a quick update so we all know where we are. Thanks so much for all your messages and questions, here are the answers. This is a bloglet. A baby blah, if you will.

I last wrote the day after I was at the hospital for the liver biopsy. Quick reminder; the purpose of the biopsy was to establish the receptor status of the secondaries. The receptor status determines the possible treatment options. The receptor status should have been established at the point of diagnosis 18 months ago, but wasn’t because I had two failed biopsies. The first time they missed the tumour and the second was so painful that I felt like I was being stabbed in the ribs and nearly broke a nurses hand. The consultant refused to continue so that failed also. I pushed for the third one just to be one hundred percent certain that we were ruling in or out all available options.

I was told the day of the biopsy that the analysis would take four to five days, so I was expecting news the following week. I chased it up mid week to be told the lab was still working on it. Eventually I was called and told that as always, The Prof was right. The secondaries were a replica of the primary meaning they were oestrogen receptive and HER2 negative. Whilst I had forced myself to expect and prepare for this result, I can’t pretend that I wasn’t disappointed. I had busied myself in the waiting waiting waiting phase with more reading and research. I discovered that in fact, in a third of breast cancer cases, the secondaries vary from the primary. So I really managed to convince myself that my chances were higher than I originally thought.

I should know better than that by now.

The level of detail here is important and I’m not apologising for that. Had the secondaries been HER2+ then all sorts of other drug and treatment options would have been available. But it’s not to be. I remain confident that putting myself through the biopsy again was the right thing to do. But there is no more room for denial. All other doors are closed. I needed to do that for the sake of my own sanity and I need to be able to look my family in the eye and tell them that I pushed and pushed and pushed to find better outcomes. And we now know, completely and utterly that I am left with only one treatment option: IV chemotherapy.

I have written before about why I don’t want to do it. I don’t want to make myself more ill and impact my quality of life. I don’t see the point of being kept alive just to be able to get more chemo. I stand by that. However, a month ago The Prof told me that my decline is underway and the liver is starting to show signs of deterioration. When I pushed him, he told me that without treatment, it could be as little as a few months before the liver fails. I’m not sure there was ever a better definition of between a rock and a really, really hard place.

The bottom line is I am not ready to give up. It’s fair to say I have had enough of every single result not going my way. I am tired of the prodding, poking, appointments, schedules, blah. I am fed up with drugs and side effects and uncertainty. I have truly had enough of trying to find the strength to pick myself up after every bit of bad news again and again and again. I am done with fear.  And I really don’t know if I have it in me to receive and then deliver bad news ever again because as I’ve said before, without hope, I can’t breathe and I know the same is true for those nearest and dearest. I can not bear to see the look on people’s faces as the reality and inevitability of what’s coming dawns. I can not. But I am not ready to admit defeat.

I spoke to The Prof today on the phone. He has ruled out any trials and any other options. I told him I would do the chemo.

I have come to realise, that despite being on chemo since January. I am really, really scared of IV chemo. It symbolises everything that I have tried so, so hard to fight against. I have tried everything I can to stay well, and active, and sociable, and “normal” since I was first diagnosed two and a half years ago. Everything that this blog is about. It terrifies me that I am about to lose that control. I also feel like I don’t have a choice, and that’s not a great place to be. So for now, I am agreeing to one chemo. I will take it, each 3 week session, at a time.

Next week I will go and see The Prof and agree when we begin and he will try to tell me how this is going to go. Of course, there is no knowing how I will tolerate the drugs until they are in my blood stream. Maybe I will be one of the lucky ones and tolerate really well. It’s also worth noting here, that there are no guarantees with chemotherapy. He is only giving me a 50/50 chance of it working, so it could all be for nothing. I will definitely get all the toxic poison, with potentially no benefit.

I met my psychotherapist this week. As I blubbed at her about my sense of impending doom, she reminded me that I can’t pre judge how this is going to go. And of course, every day of the week, that’s great advice. There is no point in me turning up to chemo with a shitty attitude and bag full of fear. When that day comes, I will sit in my chair and ask the nurses to bring it on. Now that I have made up my mind, we may as well get the hell on with this. What comes will come.

A lot of people have contacted me or turned up these last few weeks to take me out for tea, wine, cake, ice cream to listen to my blahing and also to distract me by reminding me that life goes on.  I am grateful beyond words. 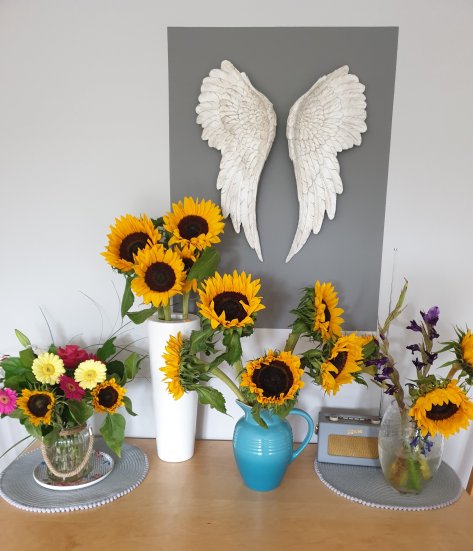 In other news, because there always is, straight after the biopsy I made a quick weekend trip to The Cotswolds. The coaches full of Japanese and Americans should have been a clue, but WHY did nobody tell me how beautiful it is?! I’m going back. 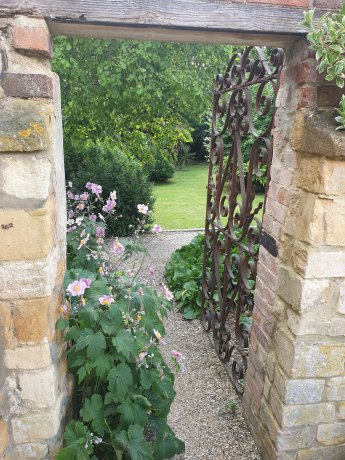 I have completed my Pilates course, run by The Hospice of St Francis, I truly loved it. There have been a couple of walks and trips to the forest this week as part of the distraction process.  The sunshine and beautiful green has been giving me life. 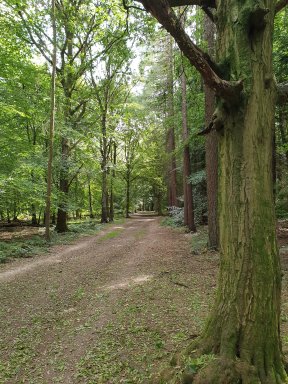 The other thing that happened this week is that this blog reached over 9,000 views.  I’m still thrilled with these milestones and thank everybody, once again, for taking the time to join me here.  I appreciate it so much and it really, truly brings me joy.

I recently received a card from a friend of my Ma (thanks Jane).  She included a quote from TS Eliot which couldn’t have arrived at a better time and given me the perspective I need right now. This seems like the perfect way to close.

Another turning point, a fork stuck in the road
Time grabs you by the wrist, directs you where to go
So make the best of this test and don’t ask why
It’s not a question, but a lesson learned in time

It’s something unpredictable, but in the end it’s right
I hope you had the time of your life

It’s something unpredictable, but in the end it’s right
I hope you had the time of your life

View all posts by abigailblah